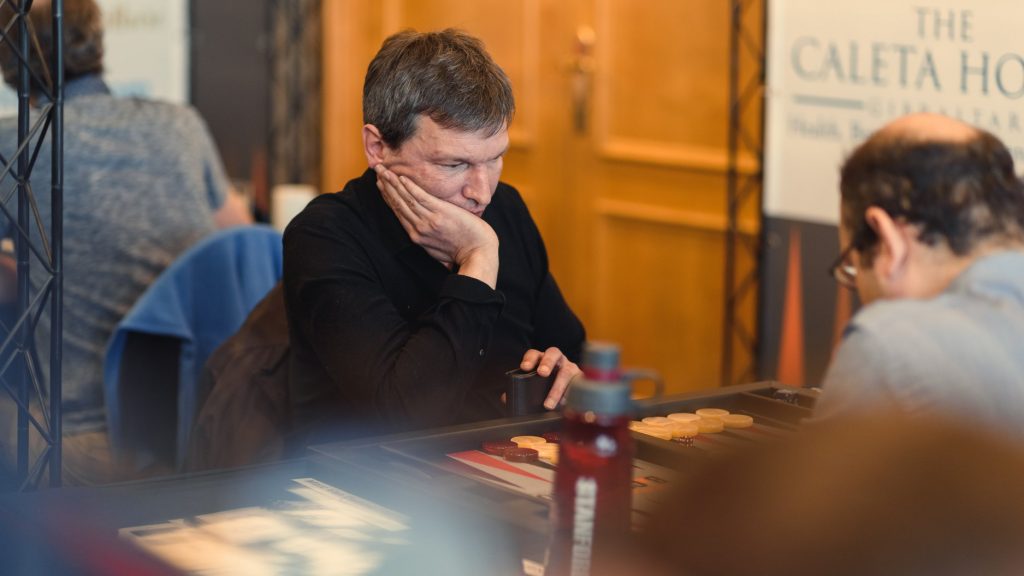 Marc in the semi against Jack Edilson (r)

In this eminent and tough field, Belgium’s number 1, Marc Van Damme, succeeded in excelling. He won 5 matches in a row in the preliminary round of 11-pointers, thus gaining a bye in the final sheet of the last 32. There he eliminated the recent winner of the New York Metropolitan Open, Kimon Papachristopoulos in a crazy 15-pointer which took 21 games and culminated in a thrilling DMP-game. In the 1/4 finals Marc swept Rune Farewag (NO) off the table with exciting, aggressive play (and some luck, of course…), only to succumb to Jack Edilson (USA) in the semis. Marc reached a 15-11 lead (match to 17), but eventually saw victory slip away.

Marc’s matches against Farewag and Edilson can be watched on YouTube.

This entry was posted in Tournaments. Bookmark the permalink.