Twenty-five players registered for BIC (Belgium Individual Championship) 2017, eight of which qualified for Division 1 through 2016 results, while the others (17) joined Division 2,  divided in groups A & B. After playing a lot of 13- and 11-points matches at home and/or away throughout the year till September, the best four from D1 and D2 qualified for the BIC play-off. There, the slaughter begun : in the ¼ finals, two-times overall winner Walter Meuwis fell surprisingly to Metin Ates, who qualified narrowly in D2 group B ; ranked n°1 Michel Lamote lost from Johan Huyck, easy winner of D1 group A ; Guy Van Middelem, ultimate survivor from D2, beat Paulus van Rooijen, 2nd in D1 in Vlissingen (NL) and Johan Segers, BGFed.be vice-president, won against 1st ever champion Geert Van der Stricht. The slugfest continued in the semi-finals : Johan H. beat deservingly Guy and Metin had his share of luck at the right moment against Johan S. 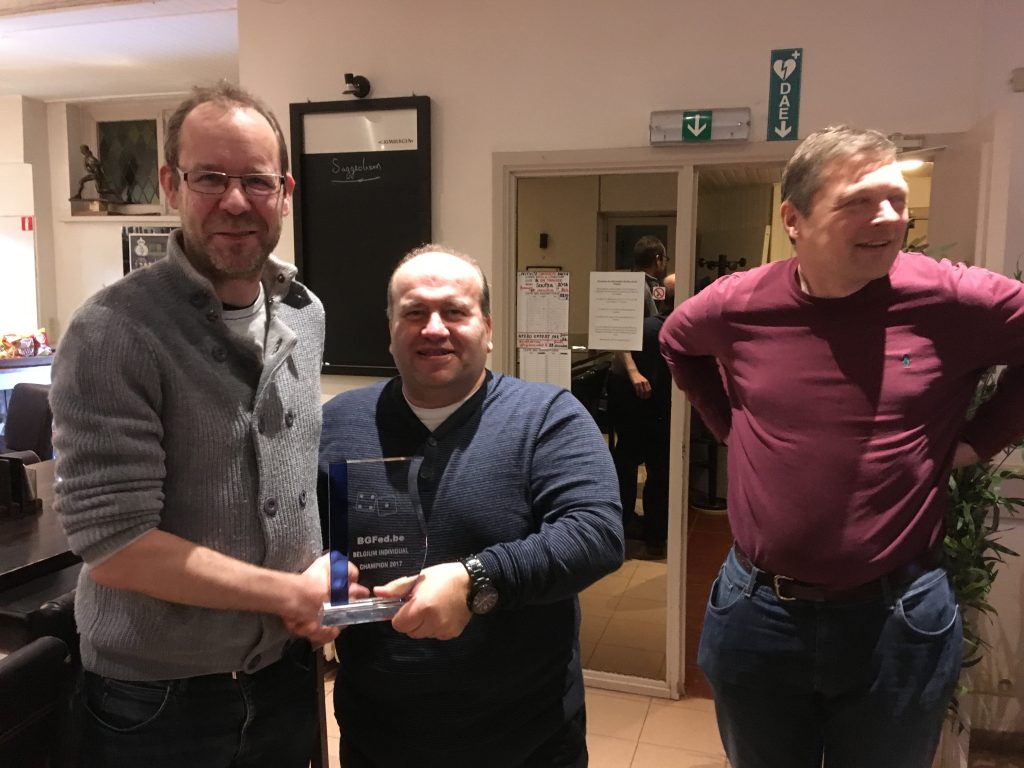 The big BIC final 2017 (best of 3 till 13-points) would be Metin Ates against Johan Huyck on Saturday the 16th of December, in Longchamp (Brussels) in front of an interested crowd. There was really no match : Metin emerged 2-0 with some checker play magic and could lift the BGFed.be trophy despite outstanding play by Johan in the second set.

Congratulations to the 4th winner of the 5th BIC competition : Metin Ates.