After winning all 7 matches at the recent Gent Open, Bert Van Kerckhove continued his winning streak by triumphing in 4 consecutive 13-point matches at the Rotterdam Open last Sunday. 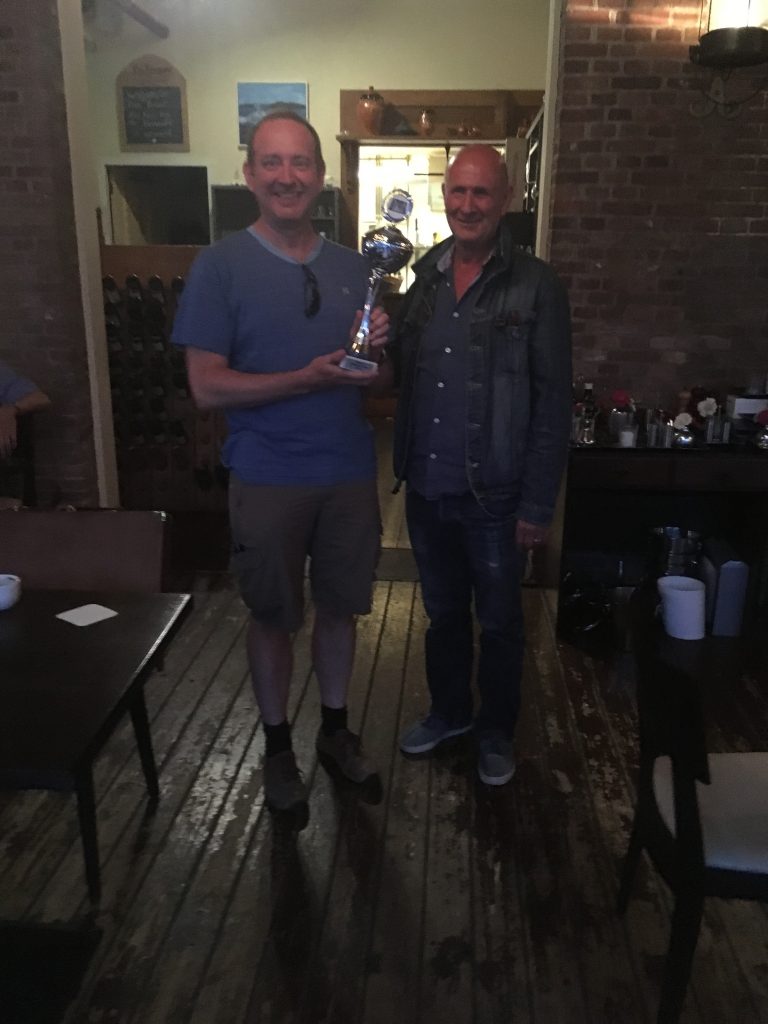 The field of 16 players was slightly stronger than at a regular Super Sunday (held every last Sunday of the month). Two German players of some reknown (Kimon Papachristopoulos and Dirk Leinberger) had made the trip and the field was further peppered with Dutch top players (a.o. Rogier Van Gemert and Paul Van Koningshoven) as well as our own Geert Van der Stricht.

While Geert was unable to stamp his mark on proceedings, Bert seems to relish the air at the little yacht harbour adjacent to the Okay Club, where the tournament is held. He defeated the talkative German Dirk Leinberger in the semi-final and blasted away Paul Van Koningshoven in the final (13-4) thereby ensuring another fine Belgian win on Dutch soil.

This entry was posted in Tournaments and tagged Rotterdam. Bookmark the permalink.