BMS Belgium is proud to announce that Michihito Kageyama, better known as Michy, has agreed to come and play at the upcoming 2nd BMS Belgium tournament, which will be held at the  ‘Hollandse Vismijn’ in Bruges on Saturday and Sunday 22-23 July. His entourage consists of three more Japanese players (among them Tatsuya Tanaka), who will also be taking part. 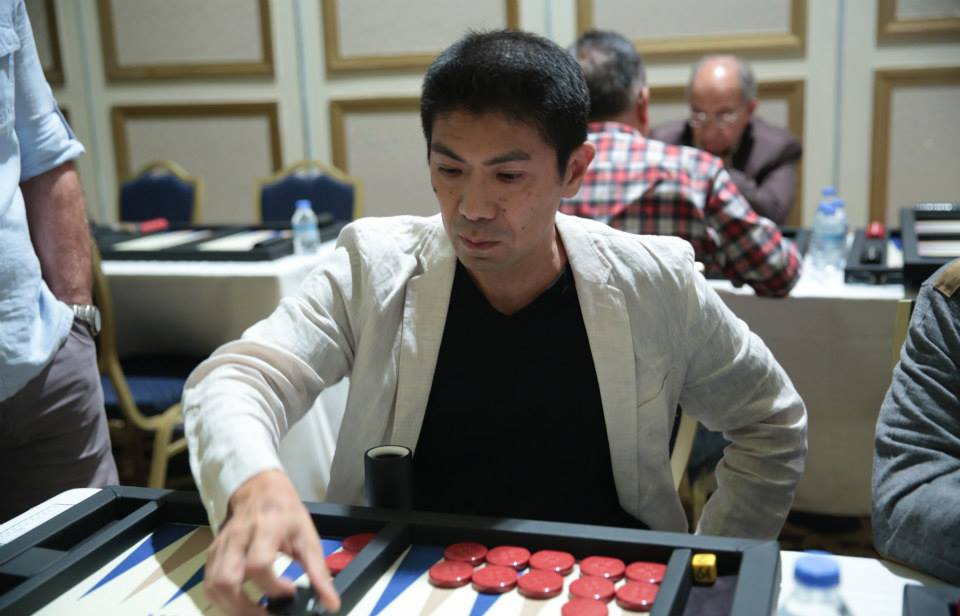 Michy (Grandmaster Class 1) playing at the Merit Open in Cyprus.

For those who do not know Michy : he is currently considered one of the absolute best players in the world. On the BMAB Ranking list (which is PR based) Michy is currently ranked nr. 3 with an astonishing aggregate PR of 3,18. Only Victor Ashkenazi (1 – USA) and Mochi (2 – Japan) precede him.

Never before has a backgammon player of such calibre set foot on Belgian soil. Michy is not only an outstanding player, he is also much respected for his strikingly serene table presence.  Michy’s zen approach to the game has, together with his warm and outgoing personality, made him one of the most esteemed and admired players in the world.

BGFed.be members are welcome to come and watch this Backgammon Giant (currently nr. 2 on the Giant-32 list) play in Bruges on 22-23 July. Play starts at 10am.