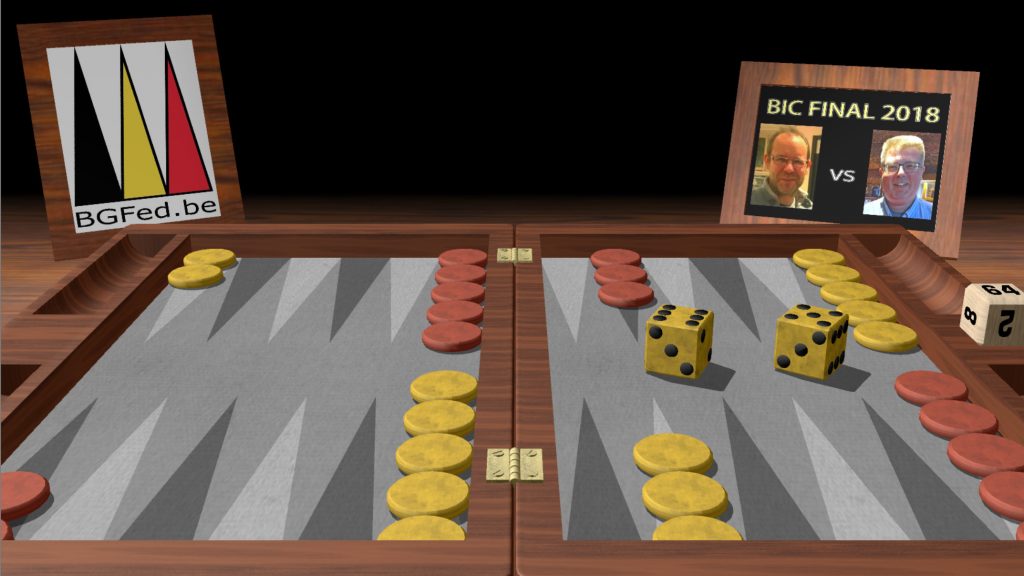 (Image made by: Robin Bilderbeek)

For the second time in two years, Johan Huyck (Gent BC) has reached the final of the BIC competition. Last year he lost to current BIC Champion Metin Ates, but he gets a second chance to take the title this year. His opponent is Paul Van Dijke (Brugge BC), who made it to the final after a long campaign which started in Division II.

The match will be played on Friday 21 December at the Sandeman in Gent. The first player to win two 13-point matches will be crowned BIC Champion 2018. Start of play is   6 PM. The players will play in the bar area and the match will be transmitted on a semi-large screen in the bridge area. Robin Bilderbeek will do live XG transcribing and the action will be commentated on by Michel Lamote, with Geert Van  der Stricht and Marc Van Damme as guest commentators.

Everybody is welcome to come and witness the climax of this prestigious competition. All spectators will have to take a seat in the bridge area, as no kibitzers will be allowed in the playing area. Income is free.