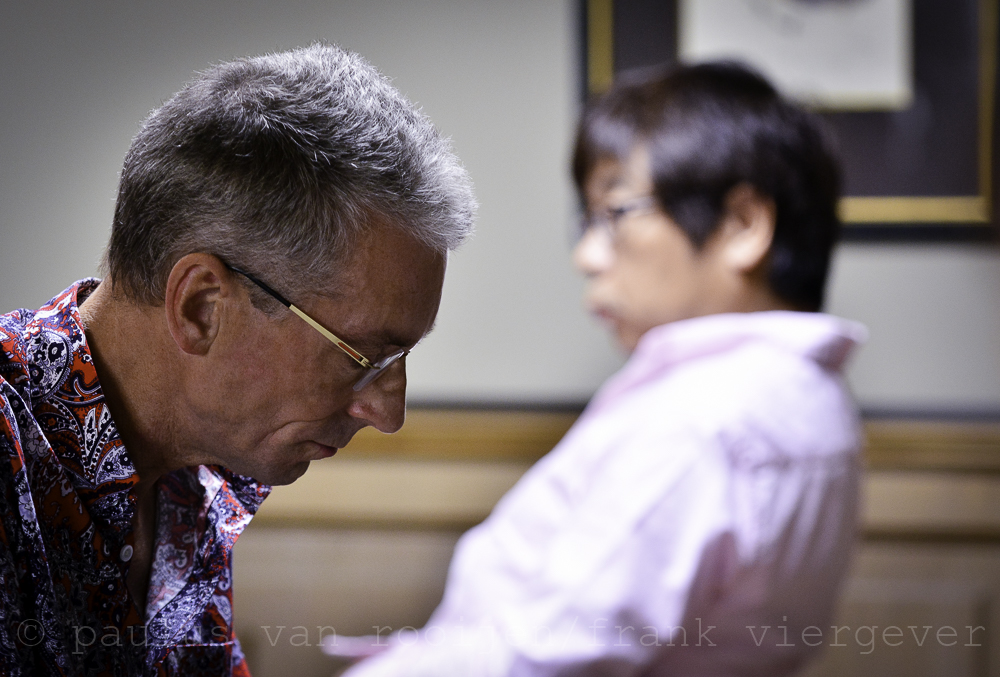 Paulus (l) pondering a decision. In the background we recognise Tatsuya Tanaka. 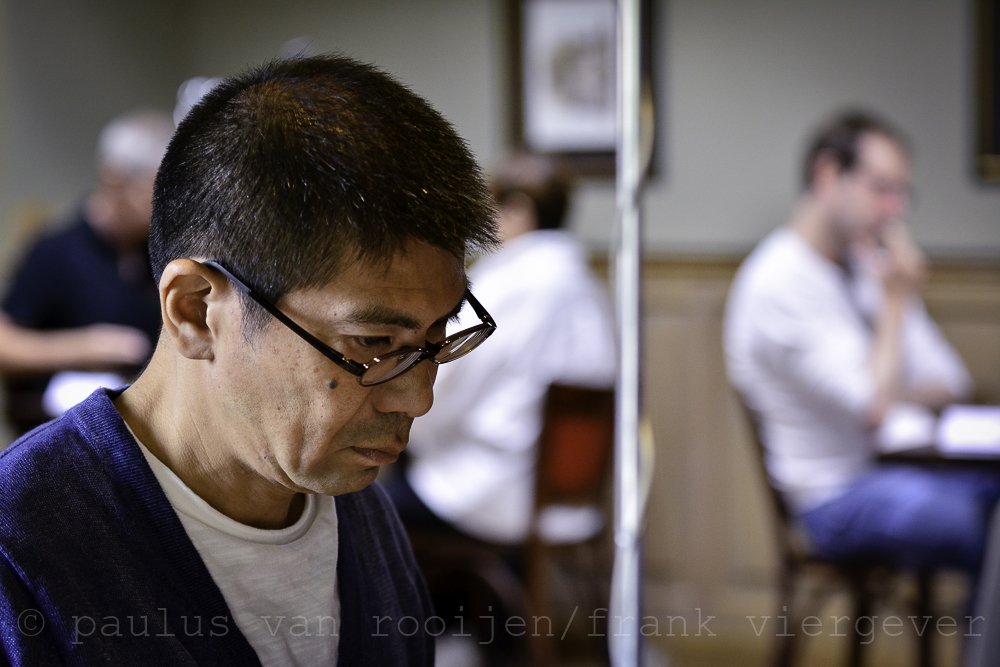 12 players played six 13-point matches over two days in the ‘Hollandse Vismijn’ in Brugge. All matches were recorded and the players’ PR’s will be tabulated in the BMS Grading Table. The results will also count for the BMAB World Ranking.

The tournament was organised by BMS Belgium’s chairman Geert Van der Stricht (with a little help from his friends). Below are some pictures, which were taken by professional photographer Frank Viergever : 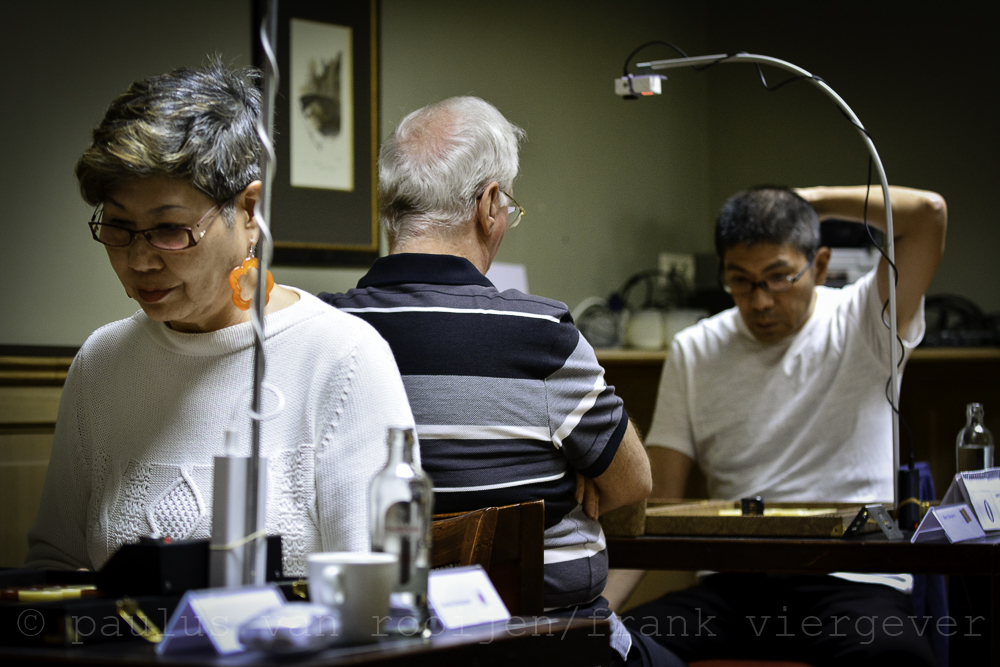 (from left to right) : Kazuko Numazawa, Marc Steyvers and Michy. 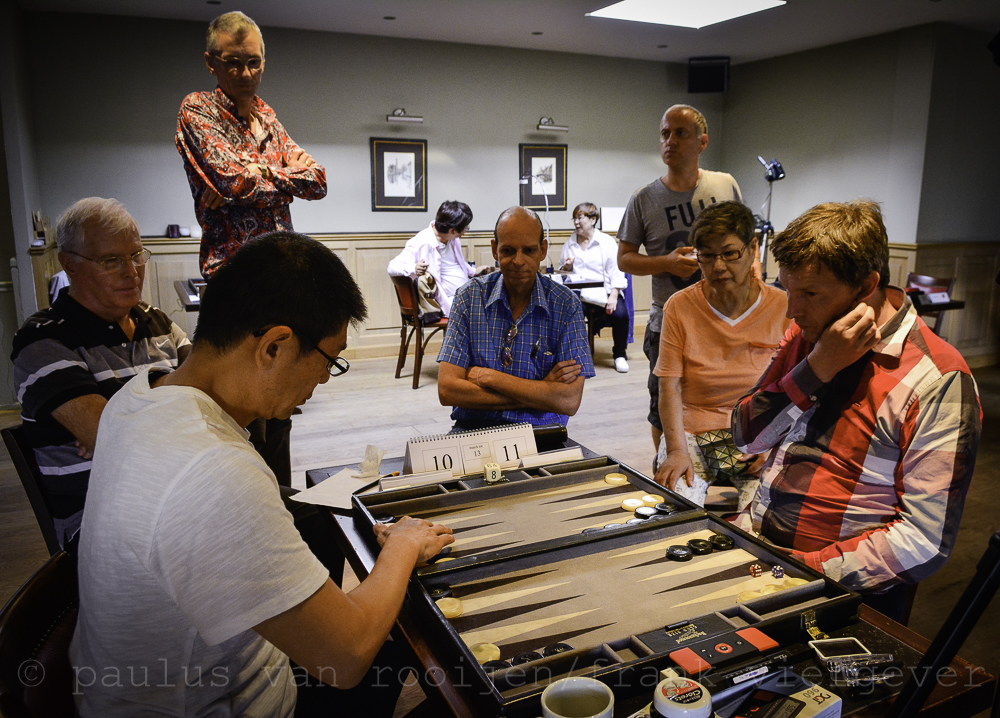 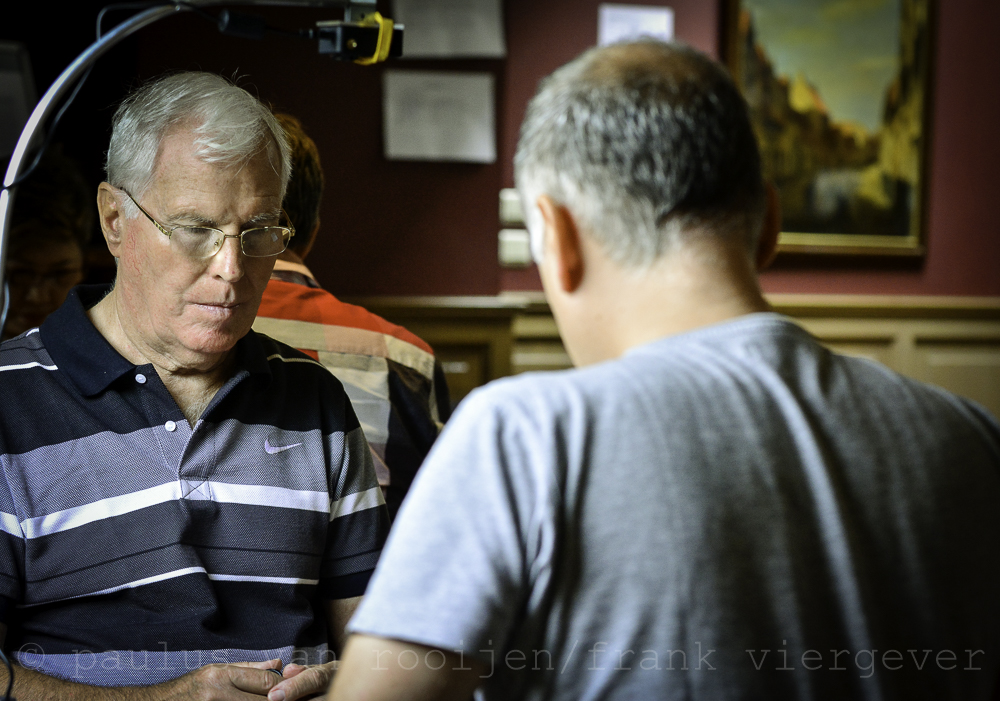 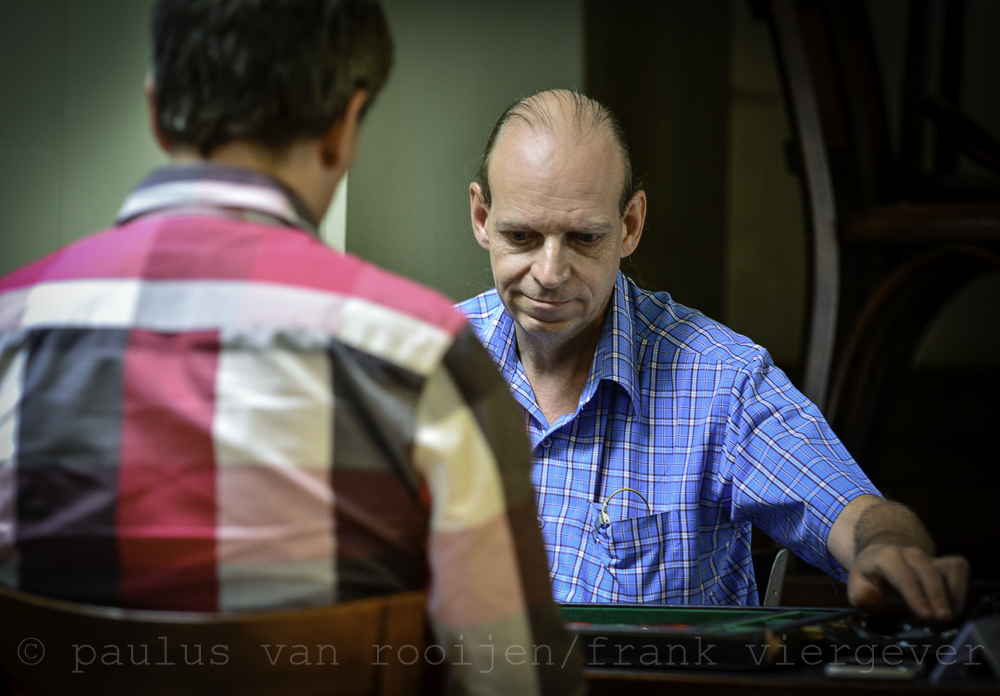 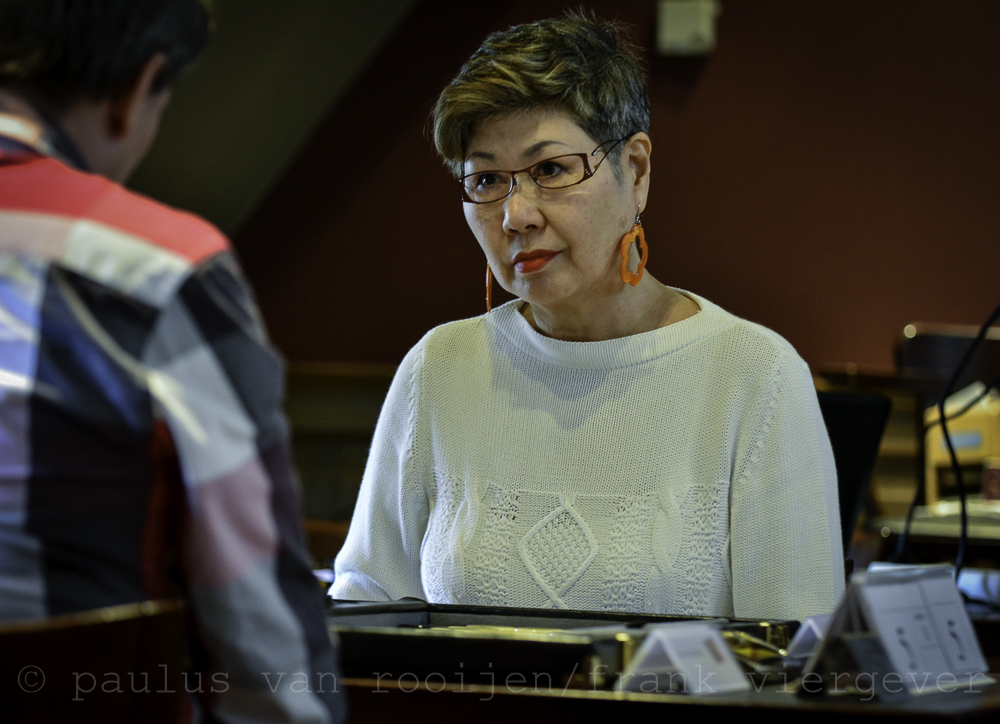 Kazuko Numazawa, wondering what Marc Van Damme is up to… 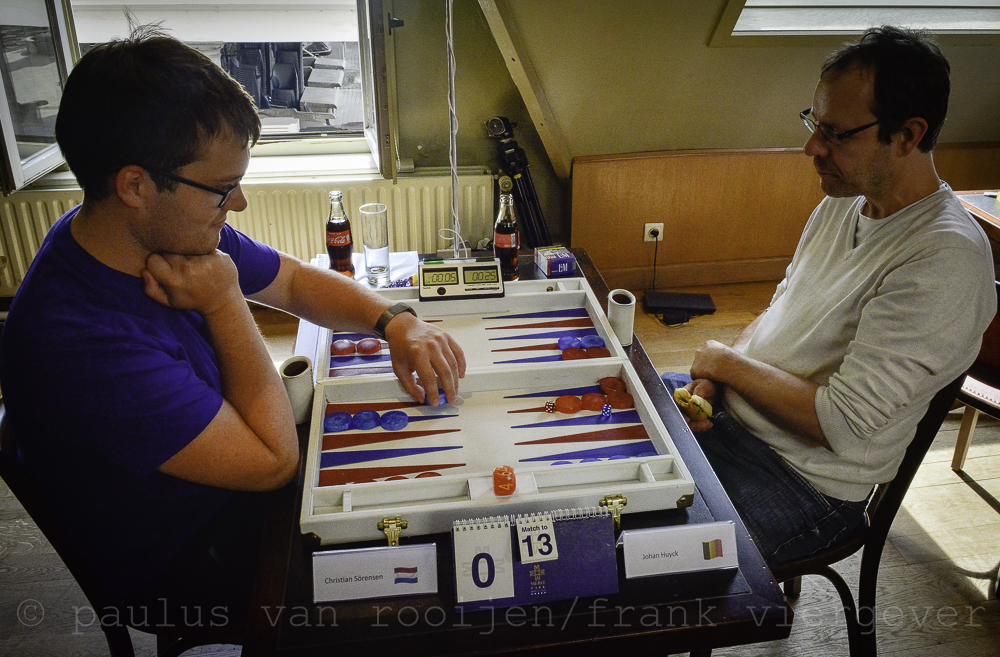 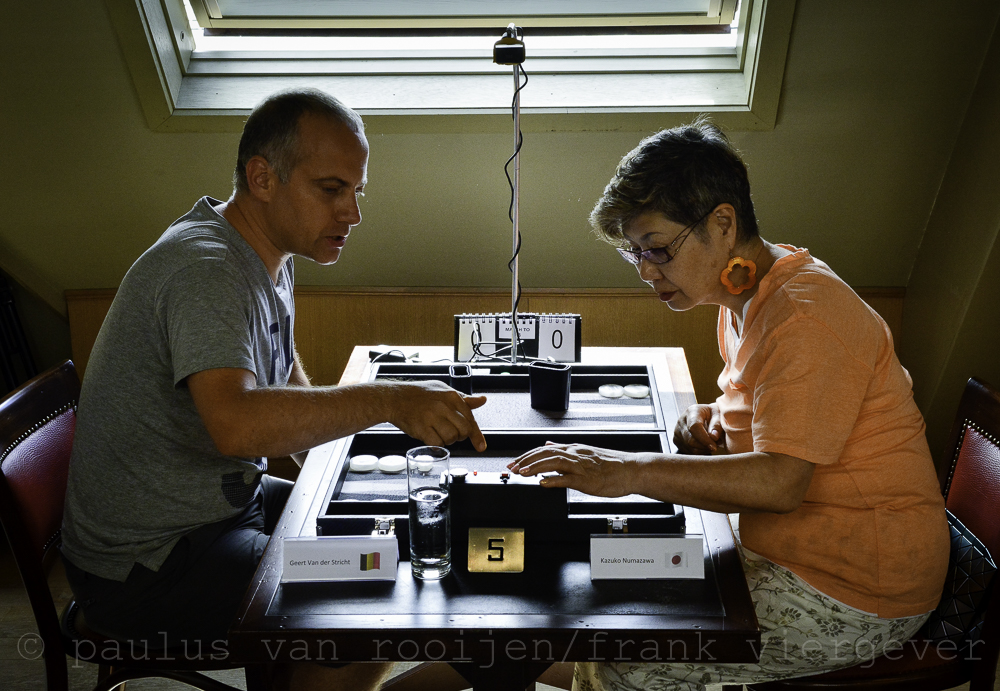 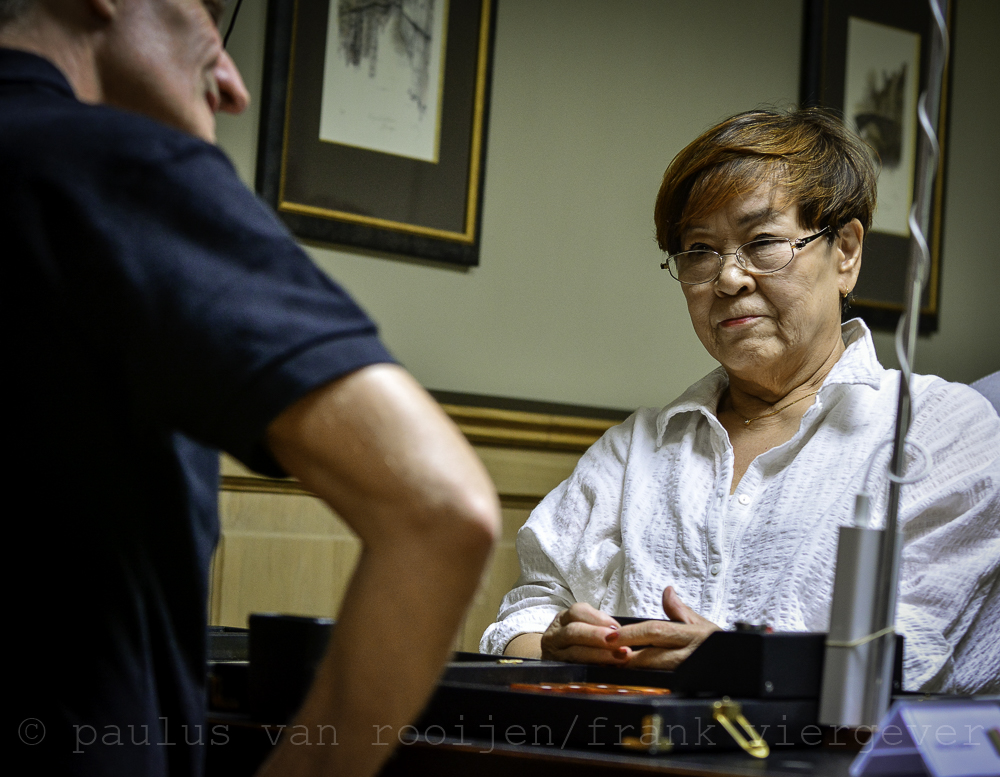 These are the players who won at least 4 out of 6 matches :

BMS Belgium would like to thank all players for their sportsmanship and gentlemanlike conduct.

The next BMS event will be the 2nd Xmas Trophy, which will be held during the Christmas holidays.