After an absence of many years, Marc Van Damme has catapulted himself to the number 1 spot in Belgian backgammon. In his slipstream follow Geert Van der Stricht and Michel Lamote, trying to benefit from the leader’s pull.

Marc and Paul Van Dijke played, recorded and transcribed six 13-point matches (6*13) over the past weeks. Here is how they did :

An affirmative performance (!) by Marc. It is tempting to ascribe his results to some form of innate talent, whereas, of course, such level of play can only be the fruit of hard work and sustained study. 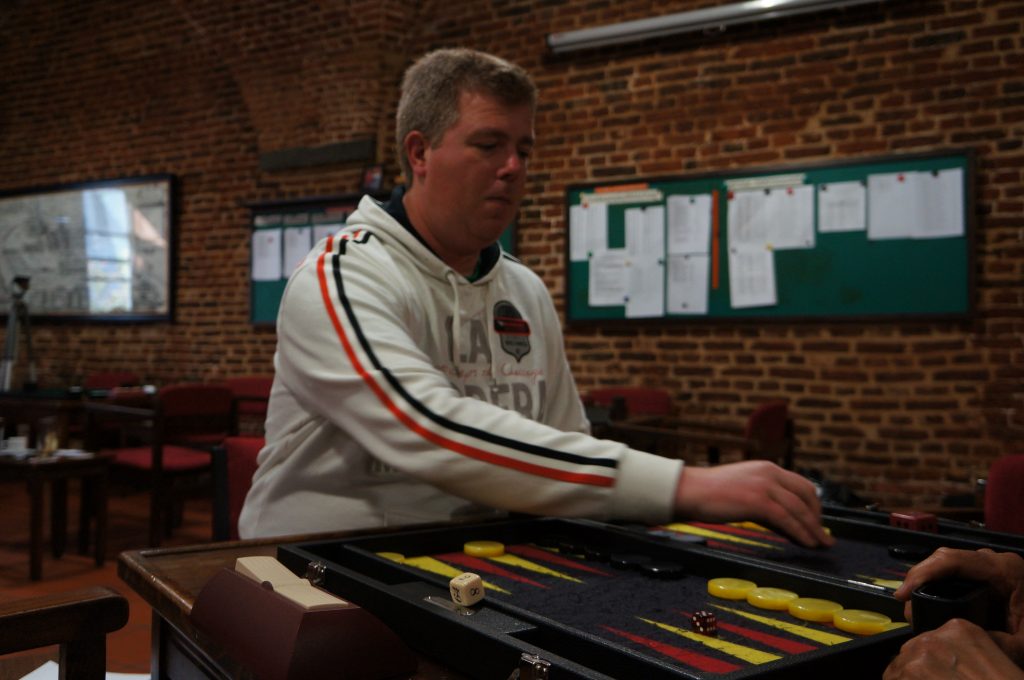 Paul at the Sandeman Club…

Paul too will surely be satisfied with his result.   Although he was blasted with a numbing 6-0, he can find solace in the unmistakable progress he has made.

Geert and I played six 17-point matches in the course of the past 2 months : 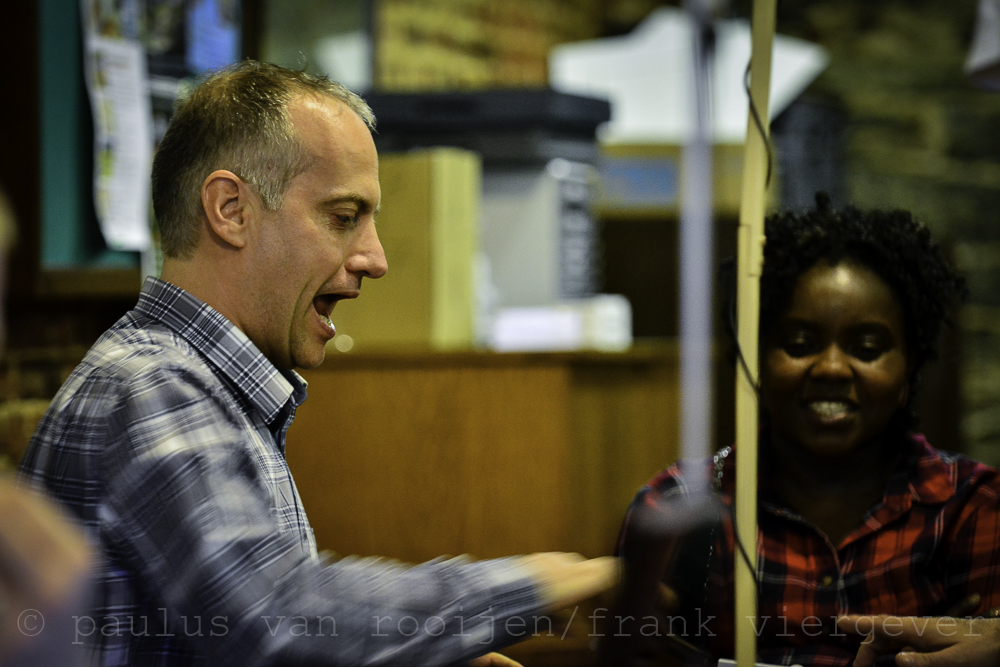 PR’s below 5 are both acceptable and encourageing for Geert and I, bringing us closer to the 5 PR boundary on the BMS Grading Table.

I played another Master Series of six 17-point matches against Johan Huyck :

Probably not a coincidence that my PR seems to hover around the 4,90 mark. I think I will grant myself a small psychological boost by optimistically assuming that my level of play is currently somewhere in that neighbourhood. Johan, on the other hand, surely hoped for something better than 6,80. Mitigating circumstances abound of course : it is hard to play your best after 8 stressful hours on the workfloor, to mention just one. 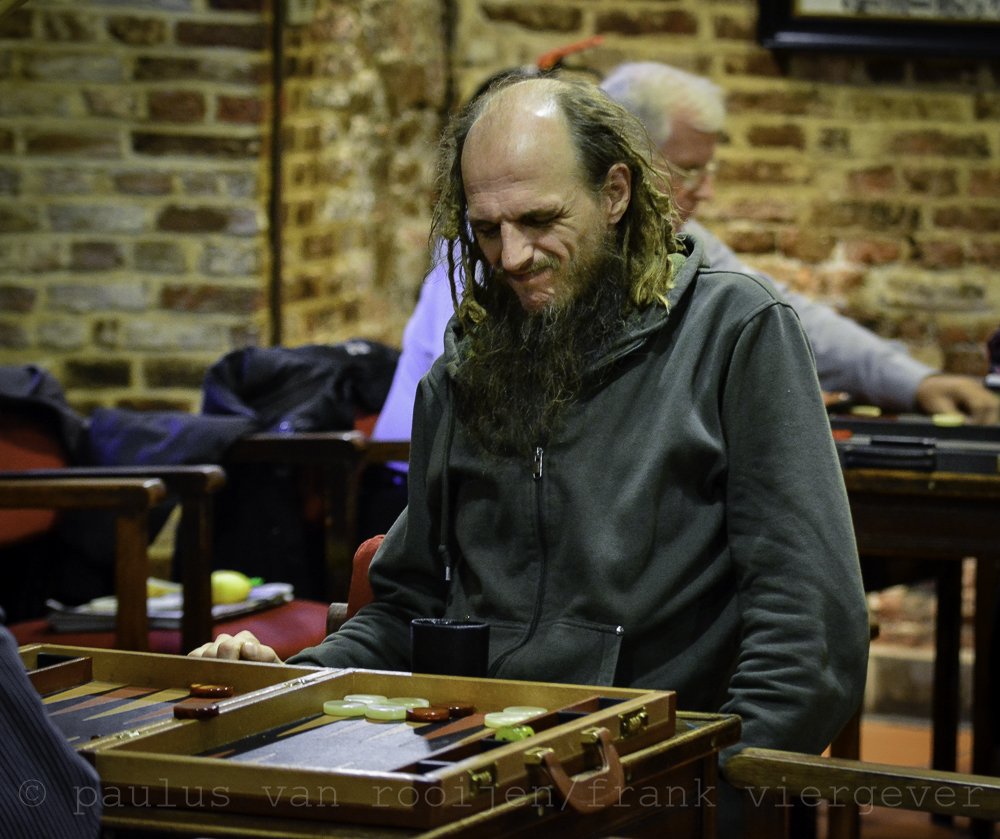 Robin pondering a backgammon position at the recent Gent Open…

In eight highly entertaining matches Robin proved that the progress he made in the past 6 months is real. With this result he has overtaken seasoned players like Luc Palmans (13) and Guy Van Middelem (12) on the BMS Grading Table and only narrowly fails to grab the number 10 spot. Only 0.02 PR separate him from Ronny Conaert (10) : 7,47 v 7,45…

Nick for his part knows that the road ahead is long and windy. Although his table presence is admirably composed and professional, Nick will have to be patient and determined to make the step from Intermediate to Advanced.