The BMS(BE) Committee hereby announces the introduction of a Rolling EP in both the BMS Grading Table and the BPR Ranking Table.

We asked committee member Walter Meuwis for some clarification : 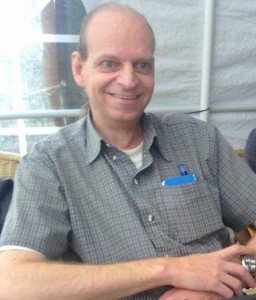 W : Simple : Rolling EP is an experience threshold, which will be used in the BMS and BPR tables. It will be implemented on 1 August 2016.

W : The effect of a Rolling EP is that players’ PRs will be represented more accurately. Without it, an Intermediate player who has progressed to Advanced level would for ever carry his intermediate PRs with him. Rolling EP allows him to shed these inferior PRs if he can solidify his progress.

M : What will the threshold be?

W : The threshold will be set at 500 EP for the BMS GT and at 300 EP for the BPR RT. The reason this threshold is different for both tables is that the BPR table consists mainly of shorter matches, 3-pointers to 7-pointers. A threshold of 300 represents around 45 matches. The BMS table contains predominantly longer matches, 9- to 15-pointers. A low threshold here would represent only around 25 matches, which in our opinion is too small a database for representing an accurate PR. Therefore, by setting the threshold for BMS at 500, the database will always represent about 45 matches.

M : How will that Rolling EP work?

M : What with the BIC matches?

W : Since a BIC encounter always consists of two matches, both matches will be considered as a batch.

M : Will the removed results still be visible on the BMS and BPR tabels?

W : No. As the results are no longer part of the PR calculation, they will also be removed from the BMS and BPR table sheets. This is done to avoid endlessly long sheets with players’ results. However, all matches remain stored in the BMS(BE) archive.

M : So the biggest plus seems to be that by amassing experience (EP) players can leave bad PRs behind.

W : Indeed. Of course, for players who have already reached Master level, the influence will be small since it becomes progressively more difficult to improve. For Intermediate and Advanced players the effect will be clearer. They have more room for improvement and thanks to Rolling EP their current skill level will be more accurately represented. A good example is Robin Bilderbeek : when he appeared in the tables, he frequently played matches with PRs around 15 or so. Now he routinely plays around 8.  Once he reaches the EP threshold, his oldest results will be removed and his PR as mentioned in the tables will more accurately reflect his current skill level.